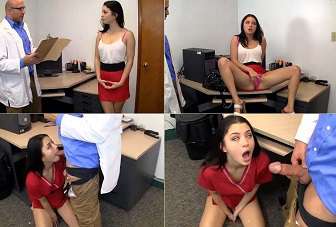 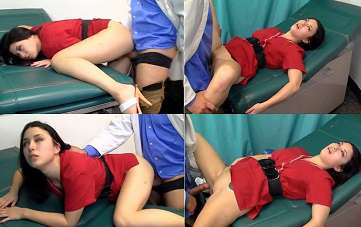 Daisy is interviewing to be an assistant and receptionist at a very respected Dentists office. He insists she get a check up as she will be representing his practice. The Doctor (as he likes to be called) puts an implant in when he has her under and programs it with his phone, Daisy’s mind is now completely over ridden by simple commands

She refuses to wear the uniform, but is then compelled to obey and model it

The Doctor puts her back on the table and begins to give her permanent programming.fade

Later that week the Doctor has had a hard dental surgery to perform, Daisy is standing nearby admiring the Doctor. He he comments that he is “stressed” Daisy’s eyes roll up and she bends over the table saying “Relieve your stress on me Doctor”