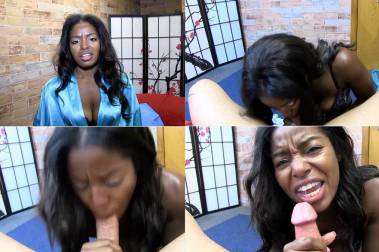 Jade is home winding down after work when she hears a knock at the door. She answers it to find that it is her BF Robbie’s obnoxious best friend accusing her of cheating on her BF. After being shown a photo on his phone as proof, Jade invites him in.