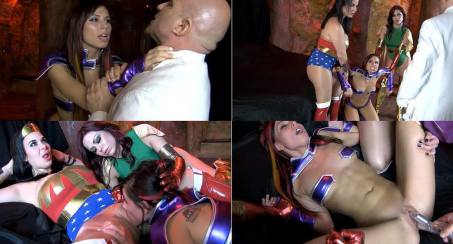 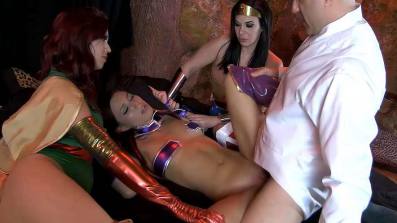 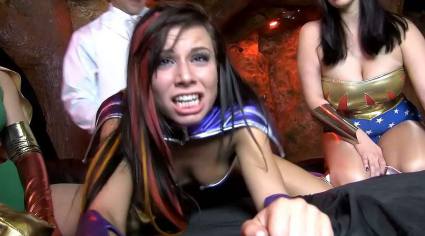 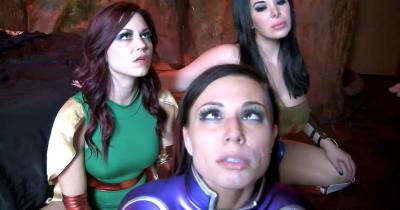 The evil genius brags abut making Nightstar a slave, and then tries to use his mind-control device on Starfire, but her mind is to strong and alien for it to work. Starfire is about to take Luthor when he calls on the mighty Maxima to defeat Starfire. Maxima is under Luthor’s control and is stronger than Starfire.

It is a great contest of power, and Starfire manages to get the upper hand through sheer force of will, but, Luthor has another ace up his sleeve. Wonder Woman grabs Starfire by the throat and this time Starfire doesn’t win

Maxima and Wonder Woman force Starfire to serve their masters cock on her knees and Starfire is too weak to resist to her total disgrace.