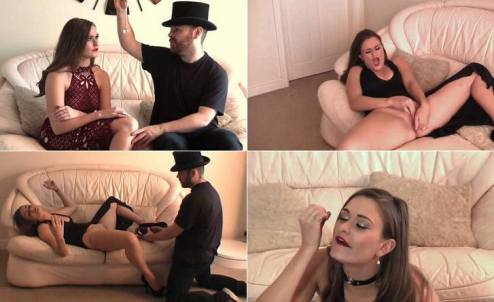 My SEVENTH shoot with Cheshire Belle Honour May.

This shoot gets my DIRECTOR’S CHOICE rating, which means it features the deepest trances and steamiest scenes!

This raunchy Slut Training video is the companion shoot to the SFW HypnoStream that released for free back in November. (We filmed the stream either side of the shoot and you can see it here:

By this point in our relationship (7 shoots!) Honour has discovered that hypnosis is a genuine kink for her both in her modelling and private lives and she drops very easily for me if I use a particular tone of voice or even look at her in the right way. A few words are all it takes for her mind to begin to melt.