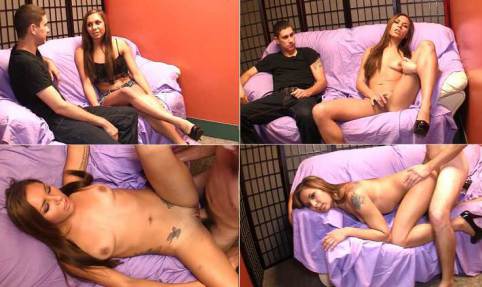 She falls under his obedient control and the first thing Brad has her call herself his “slut-sister” over and over and then have her is strip so he can finally see her fully naked. Then he has her slowly move her body like she is dancing for him while repeating “I am your slut-sister and I will only have sex with you”

Brad has her wipe her face off with her panties and get dressed. He then gives her the permanent instruction that he is better than any other guy and that she only ever wants to suck his dick. Abbi comes out of it and tells him she really like the song, they are about to leave and she shyly confesses that she really wants to suck his dick before they go, if that’s ok and then has his dick in her mouth sucking very happily….