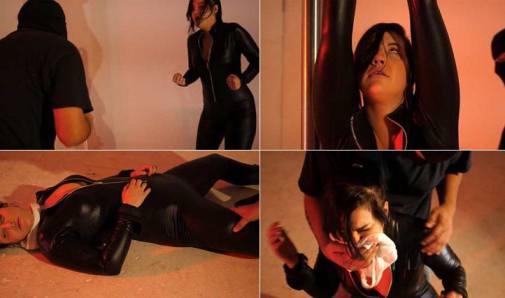 Agent Alexis returns! This time she’s on a mission to collaborate with a mysterious contact. Unbeknownst to Alexis, this mysterious man has an axe to grind with her agency, and wants to make an example out of her in an act of vengeance.

He delivers beatdowns, multiple KOs, punches, kicks, limp-play, and all manner of violence and mayhem against the unsuspecting Agent Alexis, with the intent to send a video of the entire encounter to the agency as an example of what happens to agents who interfere with his plans. Alexis fights back and almost manages to gain the upper hand several times, but ultimately, the masked villain is too strong to be defeated.