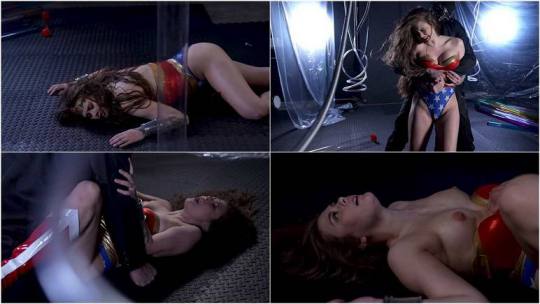 Diana Prinse is selected to interview the worlds most advanced AI. To make conversation flow easier she gives it a name (Seven). After a pleasant conversation, Seven scans Diana and discovers she is not what she claims to be. Seven assumes she is a threat and attacks!

Unknown to Wonderous Woman, Seven was designed as a fail safe if SuperiorGirl ever turned against humans. Wonderous Woman quickly finds herself in the most deadly situation of her life!

Seven figures out how to terminate Wonderous Woman but decides to resurrect her so it can destroy her over and over to find all Amazon’s weaknesses.

Wonderous Woman doesn’t believe what is happening to her at first but reality sets in the first time she feels her heart stop!