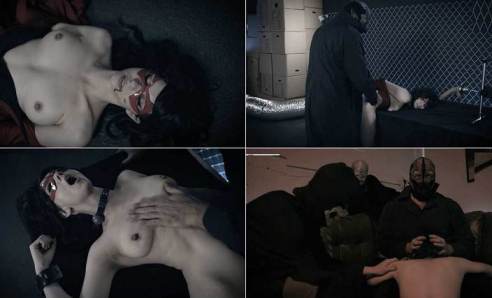 Repeatedly over the course of months, Excelsia tries to defeat Reaper, only to find herself beaten, broken, and defiled. She’s obsessed and won’t stop until she figures a way to win, but the obsession takes a toll. Using blow and alcohol to cope with the humiliation the reporter continues to dish out, she’s able to numb herself and ignore the public’s disapproval. Unfortunately, the substance abuse allows her to be taken advantage of by a random guy at a bar, who after viewing her publicly released gang bang, figures he might as well take advantage and get some for himself. It’s a new low and she knows she has one last shot to finally defeat Reaper.

After a few lines for courage, she confronts him at his lair once again. Not surprisingly, things don’t go her way and it’s not long before she finally gives up, begging him to simply put her out of her misery. Reaper has the power as she’s finally admitted defeat, but he spares her life with the intention of subjugating her fully. Having a former heroine as a slave to do his sexual bidding is a desirable conclusion which will amuse him for years to come. Poor Excelsia’s path is decided as he breaks her physically, mentally, and sexually, and turns her to a compliant heroine slut slave.